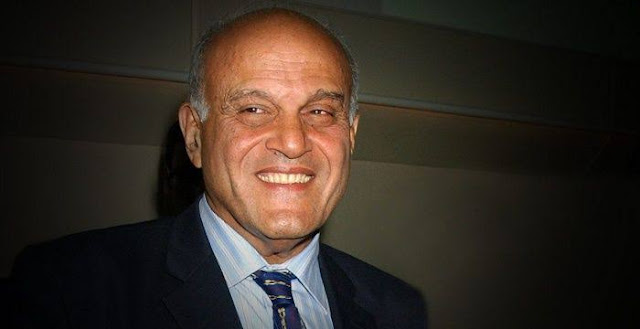 Hello, I'm going to talk about Dr. Magdi Yacoub's life. He is the world's most prominent heart surgeon. He was born in Assuite on November 16, 1935. Because his father was a surgeon and his aunt died at the age of 20 from heart disease, he declared when he was five years old, "I want to be a surgeon." "Many people need treatment for this problem," said doctor Magdi Yacoub. "I will be a heart surgeon to help people." He received his education at Cairo University. He is now employed at Imperial College in London.
Dr. Magdi Yacoub is my hero because he fought hard to achieve his goal of being a surgeon when he was young. I aspire to be a doctor, a well-known doctor. Dr. Magdi Yacoub, for example. He was the first Egyptian to receive the Order of Merit, and he was given the rank of Sir. Like my hero, I am working and studying hard to become a doctor. I've finished my paragraph, and I appreciate your attention. I wish for everyone to have a hero and to aspire to be like their hero in the future.

Sir Magdi Yacoub is a Professor of Cardiothoracic Surgery at Imperial College London's National Heart and Lung Institute and the Founder and Director of Research at the Harefield Heart Science Centre (Magdi Yacoub Institute), where he supervises more than 60 scientists and students working on tissue engineering, myocardial regeneration, stem cell biology, end-stage heart failure, and transplant immunology. He is also the founder and director of the Magdi Yacoub Research Network, which has collaborated with Qatar Foundation and Hamad Medical Corporation to establish the Qatar Cardiovascular Research Center.
Professor Yacoub was born in Egypt and received his medical degree from Cairo University Medical School in 1957. He then completed his training in London and worked as an Assistant Professor at the University of Chicago. He was a Consultant Cardiothoracic Surgeon at Harefield Hospital from 1969 to 2001 and Royal Brompton Hospital from 1986 to 2001, and a former BHF Professor of Cardiothoracic Surgery for almost 20 years. Professor Yacoub founded the world's largest heart and lung transplantation centre.
Professor Yacoub founded the world's largest heart and lung transplantation programme, with over 2,500 transplant operations completed. He's also pioneered new procedures for a variety of congenital heart defects. In 1991, he was knighted for his contributions to medicine and surgery, and in 1998 and 1999, he received Fellowship of the Academy of Medical Sciences and Fellowship of The Royal Society. In the same year, the Secretary of State for Health honoured Professor Yacoub with a lifetime excellent accomplishment award in honour of his contributions to medicine.
Professor Yacoub's research focuses on tissue engineering heart valves, myocardial regeneration, innovative left ventricular assist devices, and wireless sensors, with collaborations across Imperial College, the UK, and the world. He has also mentored over 18 graduate students (PhD/MD) and written over 1,000 papers.
Sir Magdi is passionate in global healthcare delivery, with a particular focus on women's health.Sir Magdi is passionate about global healthcare, with a special interest in developing programmes in Egypt, the Gulf region, Mozambique, Ethiopia, and Jamaica. He is the founder and president of the Chain of Hope organisation, which treats children from war-torn and underdeveloped nations with treatable heart problems and establishes training and research programmes in local cardiac facilities.

Magdi Yacoub is one of the most well-known cardiac surgeons in the world. He was born in Egypt and knew from a young age that he wanted to be a doctor and help people. He studied medicine at Cairo University before moving to the United Kingdom. During his time in hospitals in the United Kingdom, he made the majority of his breakthroughs and pioneering work in the field of cardiac surgery. His contributions to tissue engineering, cardiac regeneration, and transplant immunology are well-known. He's not only a top-rated cardiac surgeon, but he's also a professor at Imperial College in London, where he teaches the next generation of physicians. On the cardiac surgery procedures he invented, he has written over 1,000 articles and co-authored many books. He's also launched the 'Chain of Hope' children's organisation to help children in war-torn and underdeveloped nations obtain much-needed aid.cardiology care was required He enjoys spending time with his family, which includes his wife Marianne and their three adult children, while he is not practising medicine.
شاهد ايضا: برجراف عن مميزات وعيوب التعليم عن بعد
شاهد ايضا: برجراف عن التعليم عن بعد بالانجليزي
شاهد ايضا: تعبير عن المعلم بالانجليزي مع الترجمه
شاهد ايضا: موضوع برجراف عن العائله بالانجليزي My family
شاهد ايضا: برجراف عن التعاون بالانجليزي مترجم cooperation
شاهد ايضا:  تعبير بالانجليزي عن وظيفة الدكتور
شاهد ايضا : تعبير عن الاب بالانجليزي 5 نماذج برجراف عن الاب حديثة مترجمة الى العربي
كلمات مفتاحية:
برجراف عن مجدي يعقوب باللغة الإنجليزية
تعديل المقال
الأقسام مواضيع انجليزي